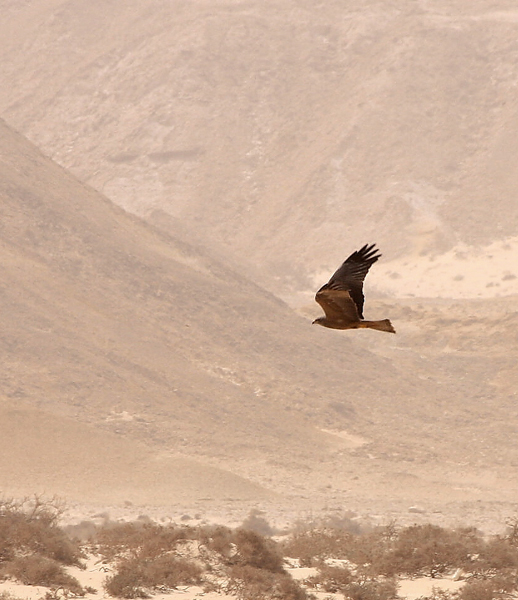 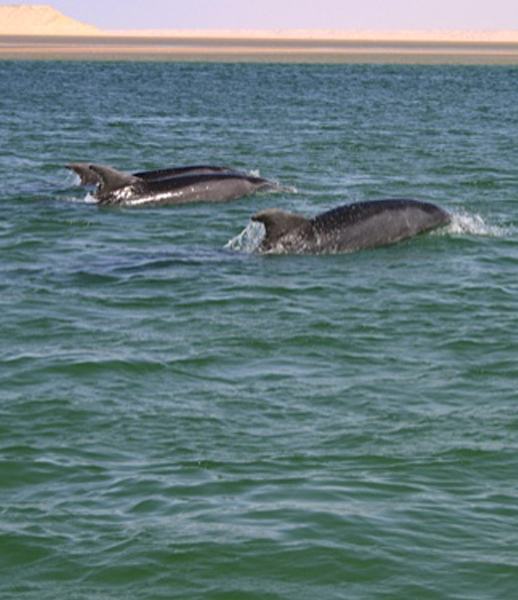 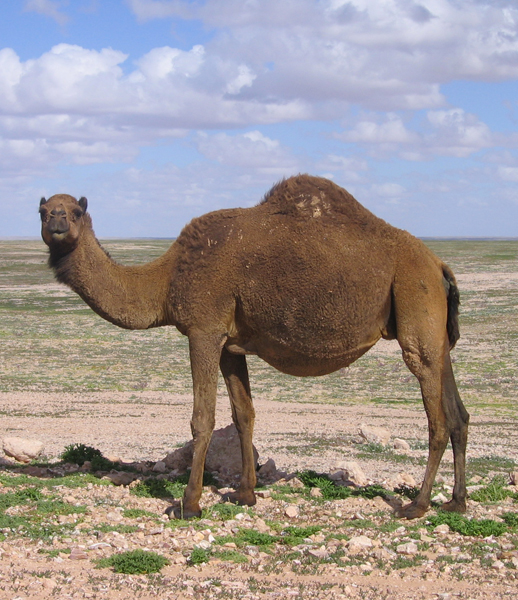 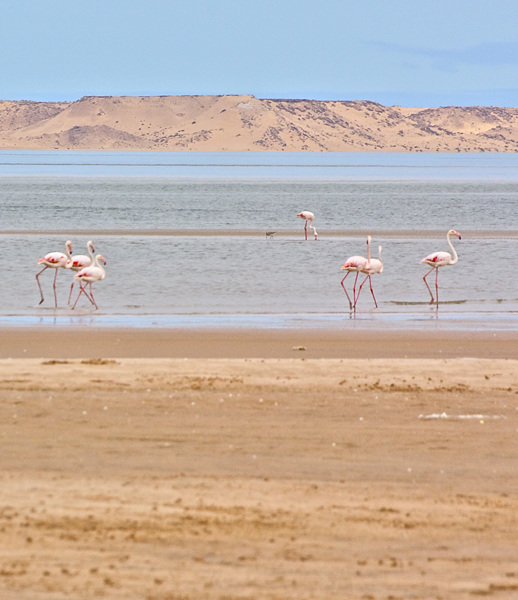 The desert contains treasures often invisible at first glance. This incredible region is populated by a diversity of marine animals, birds, reptiles and mammals. The proposition to creat the Dakhla National Park supported by UNESCO has also aim to preserve the natural generosity of the region.

The marine fauna includes many invertebrates such as green lobsters and crabs fiddler emblem of the Bay of Dakhla. Its incredibly rich waters are also a place of choice for large species such as Groupers, Seabasses or croakers . This wealth is also found on land where Geckos helmeted coexist with species such as Fish sands. The area also offers a dozen species of birds like Flamingos, Great Cormorants and Gulls Baudouin a dream site for winter, a breeding site or a simple migration stopover.

Finally, the dolphin and orca come regularly to enjoy the softness and tranquility of the bay. Terrestrial mammals are few. Remaining traces of gloved Cats and Hyenas are still visible in the area.

The image of this desert area cohabiting with the ocean allows city residents to clear before the infinity of elements to accommodate both protected species .